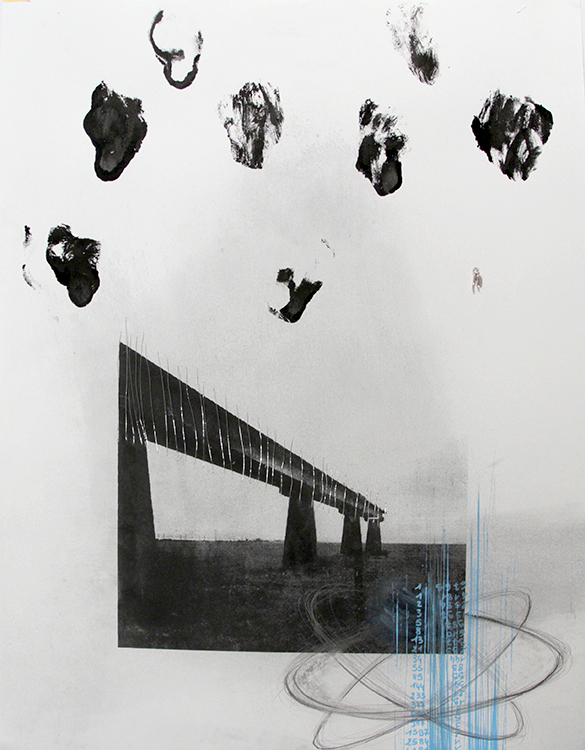 The image of architecture is sewn with metal wires, like a cocoon.
Then, the drawing includes imprints, those of my knees, an amulet, the atom, a sonogram, the continuation of Fibonacci.
A universe of sciences and beliefs associated with an image representing an abandoned utopia, that of the Orleans aerotrain.

* Diego MOVILLA offers to 9 artists to collaborate on a silkscreen.
It is fixed with clear ink, graphite powder and fixative.

The artistic practice of Diego Movilla relies in particular on the erasure, the trace, the recovery and the repentance, the imprint and the exfoliation.
He has been working for several years on different media such as drawing and screen printing, where he works according to these methods.

As part of his exhibition at the Tanneries d'Amilly, he wishes to invite ten artists whose practice interests him.
He therefore proposes to these artists to intervene on a serigraphy which will be addressed by the Art Center then restored and exposed.

This is the starting point of a set that will continue.

Between collective work, personal message, even "mail-art" ... and especially dialogue between practices, this series seeks to experience idea idea of ​​"places of passage" that would be a sharing of sensibilities.